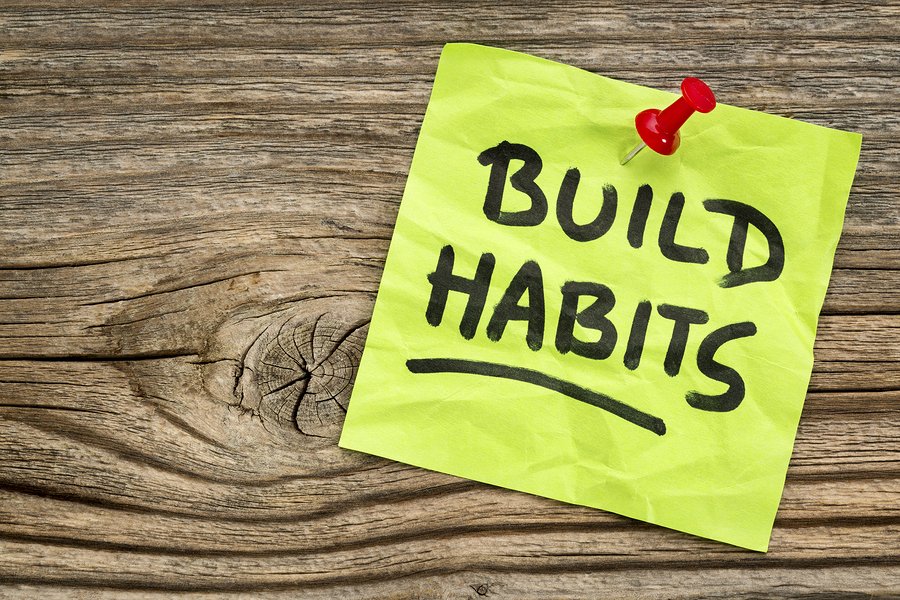 “Habits are like a compass, A Mariner Without A Compass Will Eventually Sink With His Ship”

Habit is ‘automatic response to a specific situation, acquired normally as a result of repetition and learning’.

Habits in Psychology are also explained as regularly repeated behavior and activities that require no thought and are learned over some time. It is not innate (by birth) in nature. Thus habit can be part of any activity, ranging from eating and sleeping to thinking and reacting which are eventually developed through reinforcement and repetition. Our initial conscious and voluntary activities when executed repeatedly become involuntary and habitual and start getting guided by the sub-conscious mind and those repeated activities turn to be our habits. That is why the great philosopher Aristotle said – “We are what we repeatedly do. Excellence, then, is not an act, but a habit”.

When a gardener cleans his garden and implant fresh saplings or sow seeds of fruits or flowers, does he implant the seeds of weeds? The answer is – No. But, still, weeds keep on coming and the gardener keeps on removing the weeds periodically. Bad habits are like weeds, we do not invite them, but they keep on coming. We need to declutter them. We need to remove them. The wrong habits are obstacles for productivity, physical health, mental health, spiritual health, and impediment for work-life balance. Habits will make you or break you. The followings actions are suggested to break the barriers of good habits –

·       Decision and Actions – One has to decide on a specific new habit to be developed. The decision of building a new good habit should be based on the SMART principle. SMART stands for Specific, Measurable, Achievable, Relevant, Time-bound. A decision is followed by action where a good start is one of the major keys to materialize the decision. There is a saying “Good beginning is half done”. Once the actions are in place it is the time to track or monitor habit on regular basis. The same can be done using a pen-paper or maybe using different habit tracker apps.

·       Affirmations – Affirmations are simply positive statements that are used to reprogram the subconscious mind to inspire us, encourage us to believe certain things about ourselves. The affirmation statements start with ‘I’, with a positive state and consolidating with emotions. If an individual decides to develop a new habit to wake up early in the morning, the affirmations could be – ‘I can get up early in the morning’ or ‘ I believe I can’ or ‘I am confident to get up early morning 6 A.M. Some recommendations suggest that you do affirmations first thing in the morning and the last thing at night. Others recommend putting your affirmations on note cards and leaving them in plain sights, such as on your bathroom mirror, the steering wheel on your car, your computer monitor, or in your purse or wallet. The concerned person needs to make his or her affirmation statement. Books on personal development books can also be followed, like Think and Grow Rich by Napolean Hill’s. The self-affirmations concept first came in the year 1920 and later on popularized by many life coaches across the globe with evidence-based references.

·       Be Consistent – Consistency is critical. Any kind of postponement, delay, interruptions, exceptions have to be avoided. Most people resist change because it threatens their natural habit patterns. Whether it’s a new role, a new activity, a new diet, or a new routine, your brain has to work overtime to learn to adapt to the change. The more you do it, the easier it becomes to form new habits. There is a lot of controversies to rule out exactly how many days consistent perfect and repeated activities or behavior are required to instill a new habit. The most popular is 21 days rule which is a method of doing something for 21days uninterruptedly and you finally develop a habit, initially was proposed by Dr. Maxwell Maltz and later on by Viktore Frankl. Please read here Man’s search for meaning.

·       Visualization – William James, the ‘Father of American Psychology’ ( 1842 – 1910 ) said – “ There is a law in psychology that if you form a picture in your mind of what you like to be and you keep and hold that picture there for long enough you will soon become exactly as you have been thinking”. Suggested books on Amazon for Visualization

Whatever the mind can conceive, believe, and act soon that can be achieved. It is therefore suggested that when you decide to develop a new habit/s then actions, affirmations, consistency, and visualizing the feelings associated with the outcomes you want can be wonderful. Practice visualization in the process of embracing new good habits.

·       Do Not Quit – There will be at times when your mind will start citing hundreds of reasons not to continue regular repetitive activity before it gets converted into a habit. That is a challenging time to keep the spirits high. Do not fall into the trap of hollow justification, delay, and deviation. If you want to inculcate a good habit, keep the inspiration high, continue with indomitable morale and keep your mind open and stretched as Ralph Waldo Emerson once said “ The mind, once stretched by a new idea, never returns to its original dimension”. If you study the habits of billionaire people it is a combination of all such measures at the right time, at the right place relentlessly.

·       Reward Yourself – Rewarding is an age-old mechanism after the objective is fulfilled. When you incorporate a new good habit and consequently reward yourself your brain releases a chemical called Dopamine which plays a major role in the components of reward-motivated behavior making you feel good, happy, energized, cared, and contented. Learn to recognize your achievement by saying yourself “well-done’’, “great job”, “carry on” etc. and this will not only sustain your new habit but also will push you one step towards achieving another new objective. Self-regard neither selfish nor a callous strategy but you deserve it when you develop a new skill or a new habit breaking the barrier of the comfort zone.

Conclusion – Good habits are very important in life. So, eradicating bad habits and developing good habits is essential for a happy, successful, peaceful life. Good habits significantly contribute to the development of a better society where good people will become a good citizen. As the value system mostly flows top-down so our next generation will be able to learn the importance of following good habits and shall make a healthier world. It is said that an ounce of habit is worth a pound of intellect. Good habits changed to the character and a strong, moral, ethical, disciplined, and persevering character is your eventual destiny. Way back the eminent personality, author, philosopher, and politician Benjamin Franklin once said “Your net worth to the world is usually determined by what remains after your bad habits are subtracted from your good ones”.

So, what are your hurtful habits you decide to eradicate? what are the new habits you plan to develop? See the world famous book, The 7 Habits of highly effective people.

HOW TO CHANGE YOURSELF TO LEAD A SUCCESSFUL LIFE ?

TRAIN YOUR BRAIN: A MAJOR WAY TO SUCCEED

AGILITY – A MAJOR KEY TO SUSTAINABLE SUCCESS IN TODAY’S WORLD